Through the study of butterflies and bees, Hugo de Vries, a Dutch biologist, concluded that there are "sensitive periods" during which insects must complete specific tasks to avoid irreversible developmental damage.  After extensive study, Dr. Montessori concluded that these critical periods parallel important sensitive periods in child development.


She found that the sensitive periods in a child's life are similar to those found in nature.  Sensitive periods found in nature, however, are guided by instinct, while sensitive periods in children are intellectual reactions to their surroundings.  They are times of heightened sensibility during which a child is expecially sensitive to a particular aspect or activity within his environment to the exclusion of all others.  During this period a child will work with dogged determination, repeating a task over and over until he feels complete or a particular skill has been acquired. 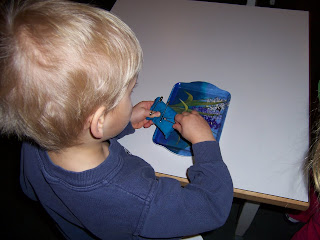 Sensitive periods are not permanent, however and are limited to the learning of a task or attainment of a certain trait.  Upon achievement, the sensitive period will disappear.  It is of paramount importance, therefore, that as soon as a sensitive period emerges nothing should be allowed to impede its progress because these periods are vital to the healthy growth of any child regardless of background or cultural heritage.


So what if a child is prevented from completion of a sensitive period?  It means that the task can still be learned, but it will not be easily learned.


Therefore, sensitive periods must be able to flourish unimpeded.  A child needs to be able to explore his world.  He needs to be allowed to put things in their proper places.  He needs to move about freely using his hands to help him grow mentally and physically.  He needs to hear real language, not baby-talk.  He needs time to fully study the tiny things he discovers and he needs to be with other children of his own age as often as possible.  If  children are able to do all this with guidance and understanding from the adults in their world, they will be free to grow as  well-adjusted, happy beings. 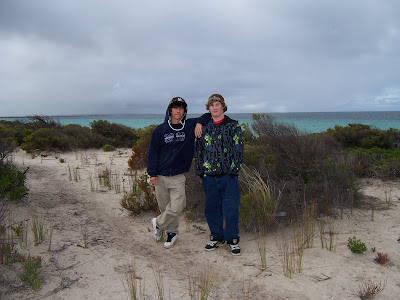 This is an awesome posting, Cynthia! I actually wish that more schools would learn from the Montessori schools.

Oops, I forgot! I absolutely love the pictures you include, especially the one with the bunny!

Thanks, Patti. I'd forgotten your love of anything bunny!

Beautiful analogy of how the sensitive periods work! Hopefully it will leave a clear imprint in parents' minds, and it certainly serves as a great reminder for us teachers! Thanks!

Its so true how they repeat and repeat until they have mastered it. I am sad to say that a fellow mom from my "mommy group" has resorted to the dreaded play pen already after her son has only been crawling for 3 days. Hopefully he wont spend too much time there over the next year or so as his sensitive period for movement is at its height.

Perhaps she'll realize that the child needs much more space. I anticipate a few temper tantrums, though.