The Quail family come to visit

We are blessed in that our school was designed by a Montessori teacher who ensured that each classroom has windows low enough for every child. 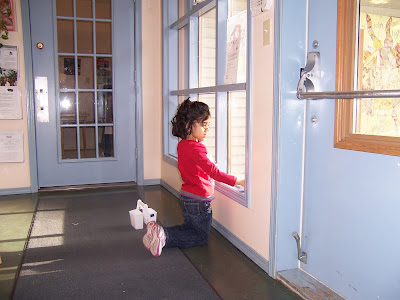 This past week, those wonderful windows allowed the children to witness something very special.

While working with a child at a nearby table, I was aware of two other children kneeling on the floor watching out the window and chatting about 5 year old things. Suddenly, they became very quiet and still. After a few seconds, they began to beckon to other children and I could hear the excited whispers of "Quail! The quail are here!"


All activity stopped as the family of Quail marched carefully and hesitantly across the primary playground toward the birdfeeder in the elementary playground. 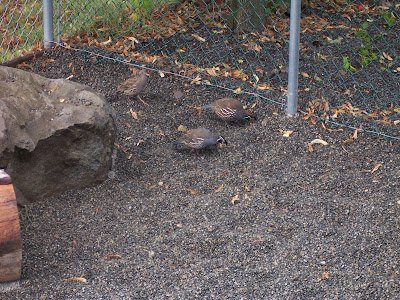 Those children who had been working on the deck moved to the railing and watched the procession. Even our rambunctious new three year olds stood very quietly so the birds would not be startled away. 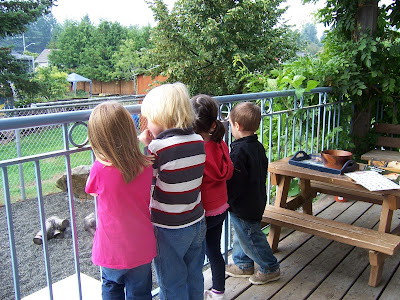 Eventually, and after a few scatterings and regroupings, the quail made their way across the yard and through the fence to the other playground.  At this point, most of the children lost interest and returned to their work.

The original two 5 year olds, however,  took up new positions at the "birdwatching window" and observed the funny birds until something spooked them and they flew away into the community garden. 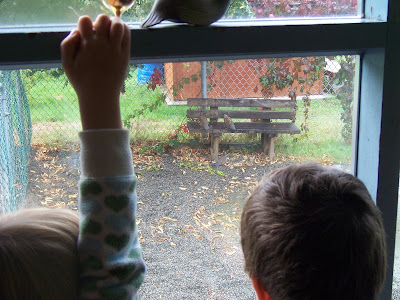 Thats so cool, I didn't know we had quail in the neighborhood.