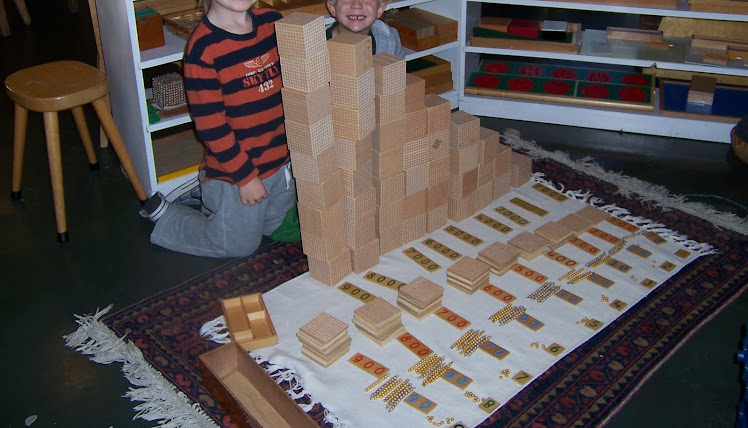 A few things to think about. 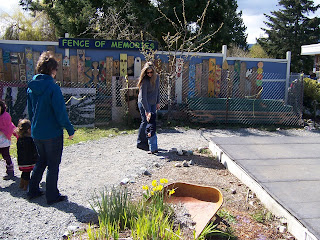 We want our child to learn to speak another language so we're putting her/him in Immersion.

I whole-heartedly applaud parents who understand how important learning a second language is to a child. There are, however, other ways for children to learn that skill rather than putting them into a teacher-directed educational method. That is what Immersion is – at least here in BC – a traditional teacher-directed classroom experience.

With that said, I would ask parents to zoom out and look at the larger picture. Do you want your child in that kind of education system? Isn't the independence of a child-centred method one of the reasons you chose Montessori in the first place? Perhaps leaving your child in a Montessori Elementary program and giving them extra-curricular language lessons is a better route? Something to consider. 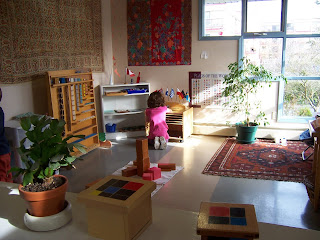 It is just too expensive to keep paying tuition. Public school is free.

Yes, paying tuition can be a strain on some families. We get that, which is why we ALL try to keep tuitions as low as we possibly can. Believe me, if we could enter the public system without having the Government telling us how to run a Montessori program, we would.

Public school is free. So are the hours of homework that public school children are given daily. So is the lack of independent choice that your child will be given. So is the reward and punishment system otherwise known as grades.

Now, I'm going to get a little harsh and point out that monthly tuition is no more expensive than buying new clothes every month, or filling up the humungous SUV a few times a week, or taking yearly family vacations in far away places. It really is just a matter of priorities. Is stuff more important than a child's education? 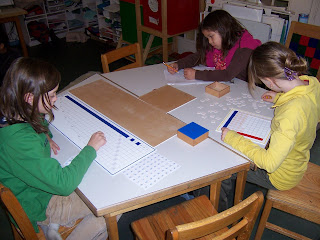 I went to Public school and I turned out all right.

In regard to parents using their own experience in public school to decide their child's next step, I would ask those parents to take a really hard look at that experience. Is just 'turning out all right' really what you want for your child? Were you ever bored? Did the teachers take time to get to know you and your family? Were you able to follow an interest as far as you wanted even though it wasn't in the curriculum? If you had learning disabilities, were the teachers able to support you? 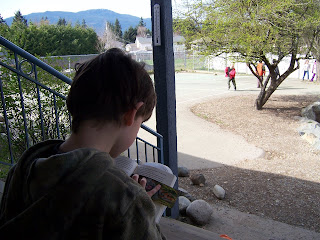 Hi Cynthia. Thanks so much for your help with my questions.
Along the lines of this post I have another question for you. I hope that L will be able to attend a Montessori program as long as possible. I was wondering though how your students find having to transfer into the regular school system when they come to the end of the Montessori program? Although it is far away still for us I worry that Montessori students will be far ahead and find it hard to work within the constraints of the public school system.

I'm a Montessori teacher living in Dublin. I'm french speaking and I'm planning to open my own school soon. I'm glad that I will be able to offer the Montessori education in a bilingual environment.
I love your blog!

M.B. the first thing I suggest to parents who are choosing the public school route is to be prepared to advocate for their child. Some children leave a Montessori school to enter Grade One as independent learners who are eager to help their new friends. It may take them a while but they eventually figure out how the classroom works and settle in. As for being ahead, every child is different and it is up to the parents to make sure the child stays motivated.
If they leave after one of the higher levels (Level 1 = Grades 1 - 3, Level II = Grades 4 - 6) the same thing applies. However, there will be homework and there will be tests. Parents can help their child in these areas, too.

Carine, I have the pleasure of co-teaching with a woman who was born and raised in France. She has put several small French group activities on the shelf. The children love the activities and the language. Congratulations on your new school. Please send us some pictures when it is up and running.

I love your blog and this post is very interesting...but wanted to fill you in on what our situation is here and why many in our region are choosing to homeschool now using Montessori instead of attending a Montessori school...

We have two Montessori schools in our area...one lost its AMI accreditation / affiliation and got rid of their Directress.

The second was delayed in opening by two years and is set up more as a daycare for ages 18 months to age 5.
IMHO, they are not authentic Montessori, and this is the issue here.
My husband and I grappled with the idea of trying to send them to a Montessori school further away from where we live so that they would have the full Montessori experience but the time we would have to spend commuting would be fairly substantial...like an hour or so each way.
We have actually set up a homeschool co-op primarily of those who are Montessori trained or who have moved from other regions to our area and still want but cannot find authentic Montessori.
I am actually working with Sharon Caldwell from Montessori Leadership to see what can be done in such situations.
We are working to see how to build a bridge from authentic Montessori Schools and Montessori inspired homeschool families.
I would absolutely love it if you were closeby and if my sons could attend your school (and maybe I could come be a guide) as it is not perfect to do Montessori in the home, but it is our only real option at the moment.
The other thing that I am hearing from several Montessori inspired homeschools is that there are also health issues, relocation issues, and financial constrains that are preventing them from attending a Montessori school.
We even are seeing that in our homeschool co-op group, as we have children with severe blood disorders, uncontrolled diabetes, and other serious health issues that are not conducive to a large class setting.
Financial constrains are very real here in the U.S., as there are so many families who have either lost their homes to foreclosure or else are on the verge of this.
Our little neighborhood has lost 15 families in the recent months, due to the Florida market completely tanking and tons of businesses going bankrupt, etc.
You can always tell who is going into foreclosure, as they move out during the wee morning hours or else after they assume everyone is at work. They leave all of their belongings behind in their former lovely homes.
They just pack up some essentials and hit the road, leaving everything behind, from furniture to clothing to toys, bikes, you name it. Huge 1-800-GOT-JUNK trucks show up weeks later when the bank moves in and everything is tossed, as it has been sitting inside a home with the AC turned off and now is totally full of mold and mildew beyond repair.
It is very, very sad.
It is not due to lack of trying or to driving SUVs here...
I am only mentioning this to you because we hear it so many times about "making money for education a priority" and when your home takes a nosedive of nearly $500,000 as most of the area homes have, tuition is out of the question when you cannot keep your home.
We feel very blessed, as my husband has a great job that is quite secure but so many folks that were equally hardworking, equally cared about the education of their children have lost literally everything...their homes, their life savings, all of their belongings, all of it gone.
When we complete the research, I would love to get feedback from you and to see what you think.
Have a great week and if we ever get relocated out your way, I would pop my children into your lovely program ASAP.
Your dedication to Montessori shines through your blog.
Colleen

In regard to my comments about paying for a child's early education (SUV's and whatnot), the recession has hit here, as well. - not to the extent that it has happened in the States but we have almost lost several families as a result of lost income. In those cases, the school has bent over backwards to help in any way possible. We can be very creative when it comes to protecting the integrity of our classrooms. I wish more schools had the opportunity to be as flexible. It really helps build a strong community.

There are many reasons why parents might choose to leave a Montessori program. I chose only the three I hear most often and was thinking of the families from whom I'd heard those reasons while I wrote the post. Thanks for filling in the blanks.

I totally agree with your post. We really sacrifice to send our daughter to a great Montessori school. Her tuition is very expensive...more than my college tuition was. We sacrifice because we made the choice before having children that we wanted their education to be a top priority and we believe in the benefits/philososphy of the Montessori method....and all this is being said by myself- a public school teacher.

Thanks, Aly. I appreciate the sacrifices you, like most parents, make for your children. It is a very worthwhile investment.

My Blog List (not all Montessori but worth a peek)

Cynthia Dyer
I have been involved in Montessori for approximately 17 years as a parent (of two amazing boys - actually almost-men), trained teacher, and an administrator. I have certificates in both Primary and Elementary Montessori education and a Bachelor degree in Child and Youth Care. At school it seems I never have quite enough time to fully discuss/answer questions that are asked. This blog was started to develop some of those questions. I certainly don't consider myself an expert and would welcome input from readers.

The greatest sign of success for a teacher is to be able to say, "The children are now working as if I did not exist."